Our mission is to provide a full range of professional, flexible and high-value management and consulting services to the yachting industry. An independent, responsive and highly-principled company, we employ experienced, enthusiastic and resourceful engineers and managers, to assist crew, owners, designers and builders with all aspects of yacht operations and construction.

From as far back as he can remember, Ken has loved being on the water. He learnt to sail at a young age and designed and built his own sailing dinghy as a teenager. This led him to study naval architecture at university – and so began a lifelong passion with boat building and the sea.

Ken’s career started at Lloyd’s Register, where he swiftly rose through the surveyor ranks to become a specialist in the Passenger Safety Department.

In 2002 he moved overseas to join the Cayman Registry, where he helped establish it as the largest superyacht registry in the world. He was at the forefront of the introduction of both the MCA and PYC Codes and involved with the design and construction of some of the world’s largest yachts.

In a world which is increasingly impersonal, Ken’s individuality shines through and he cherishes the experience of seeing owners enjoying their yachts.

Ken’s passions are classic car restoration and automotive events. He still enjoys sailing when he finds the time and is passing on his enthusiasm to his sons.

Anthony was introduced to sailing relatively late, with his interest in boating originating from family holidays on the Norfolk Broads. This ignited a passion which led him to gain a degree in naval architecture.

After university he worked for Lloyd’s Register after completing their prestigious training scheme, and then for the Cayman Registry which propelled him into the world of luxury yachting.

In 2006 Anthony returned to the UK and the private sector to establish Manta. He’s passionate about the company evolving and flourishing and is totally committed to providing a first class service to all its clients, in the process getting immense pleasure from working closely with owners, family offices and the yachts’ crews.

A keen cyclist, Anthony can often be found in the hills of the Peak District when he is not working.

Jacqui brings more than 20 years’ experience in the marine sector to Manta. Her first role, in 1999, was managing a commercial motor yacht based in Southampton. She then moved to the city and worked at Moody Yacht Sales based in Swanwick Marina before running powerboat experience company Saber Powersports.

Having travelled extensively Jacqui has now settled down to enjoy family life with her husband and two children, scouting (Jacqui is a Beaver Scout leader) and running.

Alice has been associated with the sea all her life. Growing up on the South Coast of England where she sailed in Chichester Harbour.

After leaving school and going travelling she worked in the hospitality industry in the French Alps, then joined the world of yachting in Antibes. This allowed her to combine her love of travel and the sea. Over 9 years she ran the interior of two very large sailing yachts, circumnavigated the globe. In addition, she has a wide yard experience working as part of a new build team and managing yard refit periods.

Having moved ashore in 2020 just as the country went into lockdown, and after purchasing all the house plants she could get her hands on, Alice discovered a talent for watercolour painting, which she now sells online and through local shops.

Outside of work she spends her time with friends and family, renovating her new home, training Brizo the spaniel and during the winter enjoys skiing.

From a young age Warren loved taking things apart and putting them back together. This naturally led to a passion for engineering, and he completed a degree apprenticeship in Mechanical Engineering with BAE Systems before rapidly progressing to Technical Director of an engineering company.

During this time Warren learned to sail and became an RYA/MCA Yacht Master Instructor. After a brief career break teaching yachting in the Solent and Caribbean, he combined his passions for sailing and engineering, accepting his first role as an engineer on a superyacht.

Warren spent the next 12 years as Chief Engineer on a selection of superyachts, and now brings this practical yacht experience to Manta Maritime as a Technical Superintendent.

Outside of work Warren enjoys fine wines, taking his boat out on the Solent, and snowboarding.

Hélène is at the top of her game with clients benefiting from her considerable nautical knowledge and experience gained from a 15-year career at sea where she worked on many types of vessels, including passenger ships and yachts.

Alongside a Master’s Unlimited licence that she obtained in 2007, Hélène also has an Engineering Officer of the Watch ticket and a Master’s Degree in naval architecture.

Since moving shore-side in 2011, Hélène has advised several other management companies on operations, safety and regulatory matters, but since mid-2018 has been working exclusively for Manta.

A keen sailor and horse-rider, Hélène spends as much time as possible on her boat in France and playing polo. That said, building Lego with her son is now starting to monopolise her time! 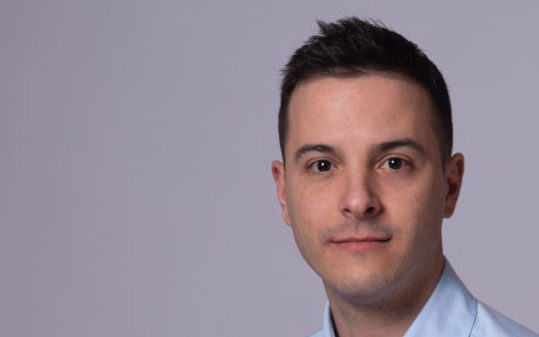 Luca comes from an island that boasts some of the most beautiful beaches and seas of the Mediterranean, Sardinia.

Having grown up in a small town on the coast, he has spent every summer in the crystal clear waters of the island.

From an early age he has always had a passion for numbers.

After finishing high school, he started his university career achieving his degree in Economics and Finance.

After a first experience in the economic sector in Italy he decides to embark on a new adventure abroad.

Not being able to separate too much from the coastal life he decides to move to the south coast of England and in 2021 joined the Manta accounting team.

Outside of work Luca loves traveling and camping outdoors.

For this reason he never misses an opportunity to spend his free time in new places around the world or in the splendid beaches of his beloved Sardinia.

Growing up in a seafaring family in the naval city of Plymouth, Lauren was always destined for a career at sea. At the age of 17 she began her cadetship on cruise ships and never looked back. She spent the next ten years travelling the world on a variety of ships.

After achieving her Master’s Unlimited License in 2018, she continued to work at sea with her baby son in tow, making her way through the ranks at Princess Cruises. After welcoming a daughter in 2019 Lauren has now decided to drop anchor, beginning a new adventure with Manta Maritime.

Outside of work Lauren enjoys running and travelling, although now with two toddlers in tow you are more likely to find her in the nearest soft play centre that serves good coffee.

Tania is joining Manta Maritime with a wealth of yacht management experience. Having been involved in various aspects of yacht management for the past 8 years, from new build construction to ISM compliance and assisting family offices with translations at the owners’ meetings, she is a great asset to our growing team.

In her spare time Tania loves creating new culinary delights for her healthy food blog, spending time on a yoga mat or paddleboarding with her family. She feels very passionate about charitable work and giving back to the society, hence she really enjoys her volunteer work for Superyacht Charities.

Having the right people in place is crucial for any successful operation, but particularly on superyachts where many specialist and diverse skillsets are required. It is essential to have the right crew in place to ensure your yacht is operated safely and efficiently, and maintained to the highest possible standards – thus providing a first class guest experience. At Manta, we work closely with yacht owners and captains to manage all crew-related matters – from interviewing applicants, training crew and dealing with disciplinary issues, to organising payroll, insurance and travel. This includes assisting owners to comply with the mandatory Maritime Labour Convention 2006 – a carefully planned employment structure in accordance with international social security and welfare legislation.

INSIGHTS One of Manta’s managed yachts had a close encounter

Compliance Assessments Members of Manta’s team have many years’ experience

Training, audit / inspection preparation With an ever-increasing volume of

Research The team at Manta has an unrivalled and deep-seated

New construction and refit management Translating a vision for a